Cookies provide several advantages to improve interactive services and make web browsing easier. By continuing to use this website you agree to our use of cookies. More Information Confirm
Categories
Help
Information
Article successfully added.
Zoom

The Evolv Adaptive Foot, an affordable option for lower extremity amputee climbers that pairs with the Eldo-Z climbing shoe. Made from an ultra-durable and temperature resistant polyethylene plastic and using a stainless steel pyramidal attachment, it attaches using standard prosthetic componentry. Designed by Malcolm Daly.

The original adaptive foot was designed and developed by the pioneer of adaptive climbing, Malcolm Daly and TRS Prosthetics in 2008. It was originally sold for around $2,000 due to the technology and insurance regulations because it was classified as a prosthetic.

In 2017, we wanted to make it more accessible to everyone and found a cheaper alternative and made it in the same shape using our shoe last hard plastic material. Those changes brought the cost down to $200 and we send royalties to TRS and Malcolm Daily for their efforts in pioneering the technology.

We have partnered with UPS to ensure a delivery service that is fast and reliable.

Free Ground Shipping on orders above $49.

We do not currently ship to Canada.

Orders are processed 24 hours a day, 7 days a week, and are prepared by our warehouse Monday through Friday. Orders placed after 12:00 p.m. MST on Friday will be processed the following week.

Our online store accepts payments via:

The exact amount will be displayed at the checkout before you pay. 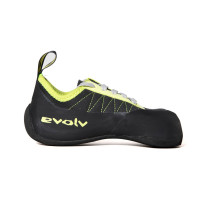